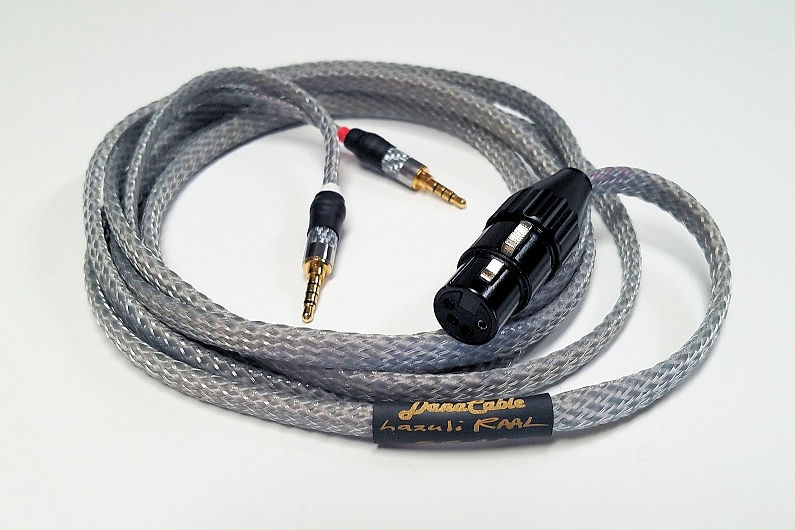 Back from a race at the Bonneville Salt Flats where he broke his own world record for a motorcycle with a side car, Dana Robbins has designed a Lazuli cable specifically for the RAAL SR1a Requisite headphones.

This new Lazuli cable has a unique all-copper construction that consists of 640 individual strands of two different gauges of OFC (oxygen free copper) Litz wires. It has a very low impedance, a must for good damping with a low-impedance driver like the RAAL.

With its minimal weight and super flexibility the Lazuli RAAL provides a non-intrusive wearing experience with unmatched sound quality.

Danacable introduced Lazuli cables for headphones at the SoCal CanJam in 2016. Our first Lazuli featured more than 600 individual strands of OFC copper Litz wires and was a hit at the show. After a direct A/B comparison between the Lazuli and the stock cable for the HifiMan HE-1000 headphones, show-goers universally agreed that the Lazuli represented a significant upgrade from the stock cable. Rave reviews soon followed from Jack Skowron of Headphone Guru , from Jay Luong of Audio Bacon, and from FLTWS on Head-Fi.

Capitalizing on that successful introduction, in October 2016, Dana Robbins came out with a Lazuli Reference cable that doubled the number of OFC copper wires to >1200 strands and created a buzz on the Head-Fi Forums. Danacable’s reputation as a leading after-market for hi-end headphones was reinforced by reviews by Dave Hanson of Enjoy The Music, by Gary Alan Barker and Peter Pialis of Headphone Guru. In March 2017, Jay Luong of Audio Bacon picked the Lazuli Reference as the best cable for Focal’s ever popular Utopia, establishing it as the go-to cable for the Utopia.

Not resting on his laurels, Dana came out with the Lazuli Ultra in early 2018 with even more OFC copper wires and a touch of silver for a more extended top end. It was featured in reviews by One Old Audiophile on Audio Bacon and FLTWS on Head-Fi.

In October 2018, at the Rocky Mountain Audiofest, Dana unveiled the top-of-the-line, state-of-the-art Lazuli Nirvana to universal praises by everyone who heard it. The Lazuli Nirvana is a hybrid design that builds on our experience with the Lazuli Ultra. It consists of 33% more copper than the Ultra and a full 100% more than the Reference, with the optimal complement of silver to achieve the lowest possible measurements of resistance, inductance, and capacitance. By adding more conductors we reduce the resistance and inductance, but the intra-capacitance within the signal and inter-capacitance between the L/R signals increase, which in turn affect the treble performance and limit the left to right separation.

With the weave design, the intra/inter signal capacitance is reduced by a factor of 40 to 1! With more copper and silver, the Nirvana has about 2.5% of the capacitance of the Lazuli Ultra and Lazuli Reference. As a result, the listener will hear the following effects:

So which Lazuli cable is right for your headphones? The Lazuli, starting at $549 for a 2-meter length, is a good place to start to see if you like the “Lazuli” sound. The most popular model and a sweet spot in our product line is the Lazuli Reference, which starts at $999 for a 2-meter length. Most of our customers are quite happy with it for a long time. For more “laid-back” headphones like the Audeze LCD headphones, the silver in the Lazuli Reference Plus will add sparkles to the top frequencies.  If you want an even more extended top end, the Lazuli Ultra is the right choice. But if you only want the best performance from your hi-end headphones, the Lazuli Nirvana will put you in audio heaven.

Most importantly, to ensure that there is only one kind of Danacable customers – delighted ones – all Danacable products carry a 30-day money back guarantee (if you return the product within the 30-day period, you pay shipping both ways and the PayPal transaction fee on the refund).

The Lazuli Nirvana provides a deep-rooted sense of musical immersion and envelopment. From a technical view, these qualities reminded me of an upgrade in amplification – more depth, better separation, more grip, and appreciable harmonic structure.

(The Lazuli Nirvana) deliver(s) what you are seeking; that last measure of transparency, air, and clarity that we all chase, but seldom find.

(the Nirvana) gives a more 3D like impression to instruments and vocalists with a good recording, almost a sculpted effect, especially with smaller sized chamber and Jazz music.

…at a lower level, their presence is complete, strong and precise and has a superb rendering. The mediums are thus highlighted and taken over, the voices become even more distinct and do not take second place. The treble is there and spins higher, sharper and finer, without any tension. Complete presence in fact of all tones and timbres. Obvious feeling of right balance and placement of stakeholders in space. And, by closing my eyes, I can imagine their spatial location…

At the RMAF 2016, we showed the prototype model of the new DanaTone Head-Space headphones amplifier to rave reviews. Dave Hanson of Enjoy The Music writes: “Arguably one of the most impressive products to debut at CanJam at RMAF was the yet-to-be-released DanaTone Head-Space amplifier (price TBD). Developed by Dana Robbins, who is best known for his fantastic lineup of cables, the Head-Space uses a proprietary selective current feedback technology to deliver tight and impactful bass, euphonic mids and well-controlled treble. The soundscape was quite spacious, with very precise variations in imaging depth, width and height. Through the HIFIMAN HE1000, the Head-Space exuded lush musicality without sacrificing an ounce of accuracy.”

On the Lazuli Reference cable, he adds: “I’ve done extensive testing with this cable (review forthcoming) and it offers the most beautiful, natural midrange and the absolute best bass of any cable I have ever tested. Combined with the Head-Space amplifier and the HIFIMAN HE-1000, the sound left very little to be desired.”

We will again be showing this setup at AXPONA in Chicago on April 21-23. Please be sure to stop by the Ear Gear Room to listen if you plan to attend AXPONA 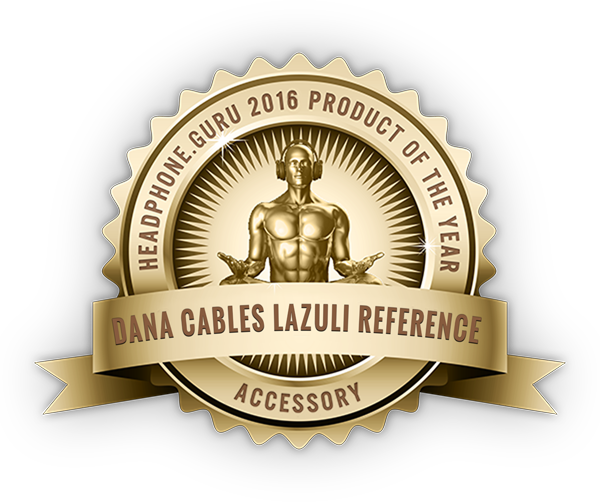 "It has long been the mantra of high-end audio that cables are as much an audio component as any other part of your system, and this also applies to headphone cables. More so than any other component, it is the job of the headphone cable to get out of the way and do nothing to the sound, letting the music through and Dana Cables Lazuli Reference Headphone Cables do an exemplary job of this, allowing all the resolution, dynamics and silence to pass through without slowing, congesting, compressing or adding tonal changes to the signal. More so than any other headphone, a reference headphone deserves a reference cable which is why we have made Dana Cables Lazuli Reference Headphone Cables our Accessory of the Year." 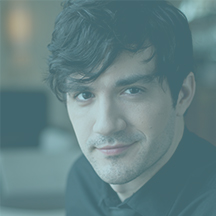 We at Gingko Audio and Danacable are doing our part in supporting the arts.

This fantastic program is a part of the Astral In Concert series featuring the best young talents in classical music. Astral is a non-profit organization whose mission is to discover the most promising classical musicians residing in the United States, assist their early professional career development, and present their world-class artistry to the community through concerts and engagement programs.

In the last 12 months, we have garnered many accolades, including several Best of Shows votes as well as Audio Oasis Awards: 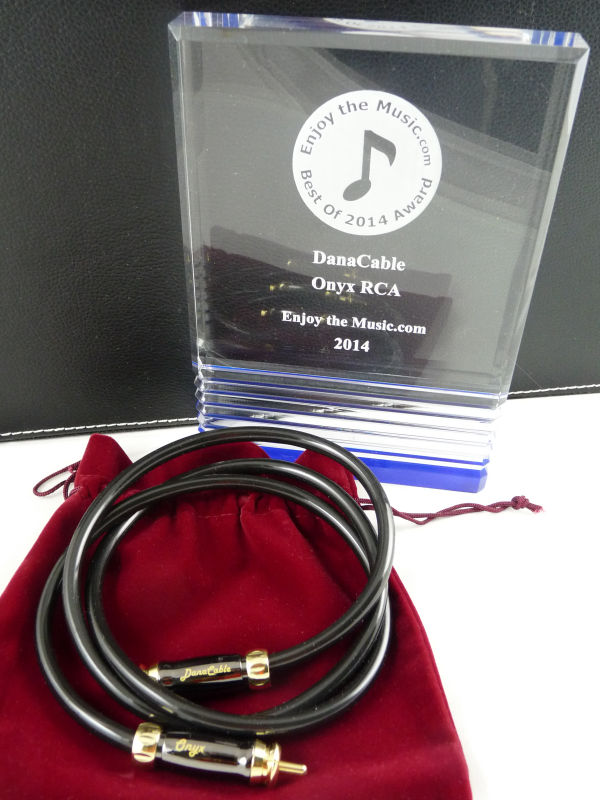 "This thoughtfully designed patch cord is an excellent five Blue Note value. I awarded Dana’s Onyx cords four Enjoy the Music.com Blue Notes across the board! The Onyx IC also did extremely well against far more expensive and exotic competitors. As the Blue Note numbers in my “Silver Shoot-Out” article show, audible and measurable differences for patch cords are always slight. Yet this is a deliciously competent performer at a very competitive price, with little or no serious short-comings, I am more than impressed with the products I have reviewed so far from Mr. Vu and his Gingko Audio. The Onyx ICs were impressive, enjoyable and listenable. For Value category, I would still choose the DACT Dual for golden delicacy and detail, but if that price is not in your range, the DanaCable Onyx interconnecting RCA patch cord by Gingko Audio at half the price is an excellent five Blue Note value." 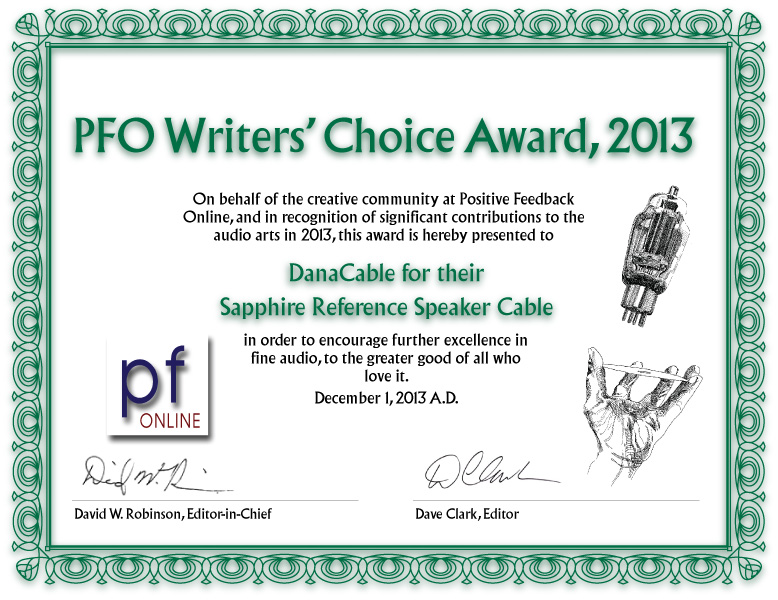 The DanaCable Sapphire Reference Speaker Cables are the finest audio product I’ve have the pleasure to review this year. I was smitten with them immediately, and if truth be told, the more I listen the more I like… I believe they will compete very favorably with the best speaker cables out there.